Free Shipping on Orders Over $75 Within Continental USA

What is the Cervélo R5?

The Cervélo R5 is a pure bred road bike that brings the newest frame design innovations to the roads and race courses with one ultimate goal: being the fastest in the hills.

For 2022, the R5 has gone through an overhaul to improve weight savings, speed, and overall ride quality. Keep scrolling for all the details. 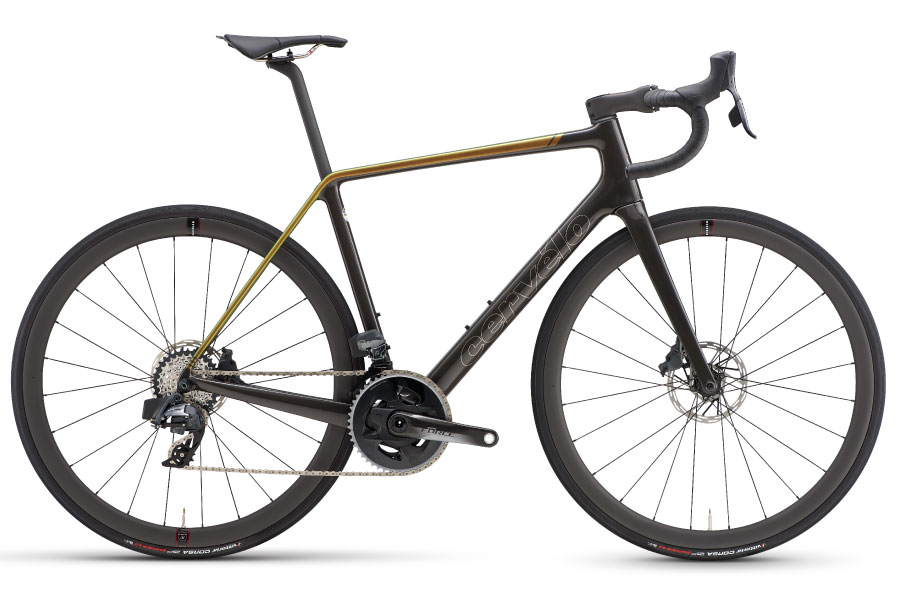 Want to head straight to the products? 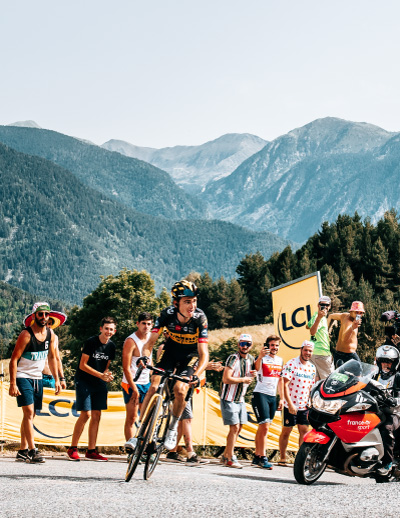 The Cervélo R5 is perfect for racers and dedicated riders who are looking for the ultimate advantage on hilly terrain.

If you live for epic mountain road climbs and hair-raising descents, the R5 is exactly the bike to take your abilities to new levels. 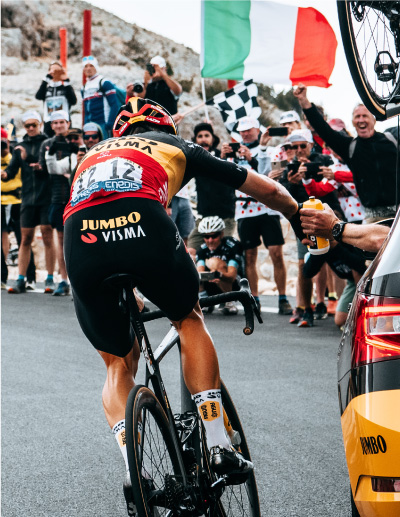 Why you'll love it

You'll love the new 2022 R5 because Cervélo has made it lighter, faster, and more comfortable than the previous version.

It's all you'll ever need in a road bike.

When considering how to improve the R5, Cervélo listened closely to the feedback they got from their pro team riders. They said the previous R5 was a little too broadly focused and a bit harsh; it was a great all around "classic" road bike, but it didn't quite give them the killer advantage they needed. So the engineers go to work... 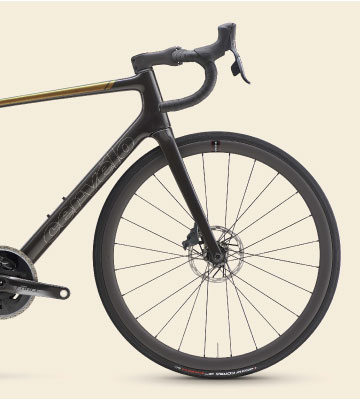 As a bike that needed to be faster on the climbs, the R5 has been redesigned to be lighter and faster. 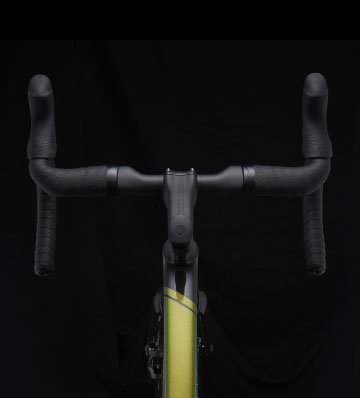 Of course stiffness is important for a climbing bike. But too much leads to harshness and fatigue and slower overall times.

Cervélo applied their magic bottom bracket / head tube stiffness ratio of 45% and the pros loved it. 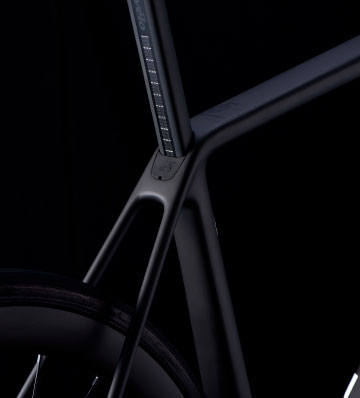 The R5 can now fit a 34mm tire, which adds extra versatility and comfort for rough roads.

Keep the stock 25mm tires on for maximum speed or add some volume, your call. 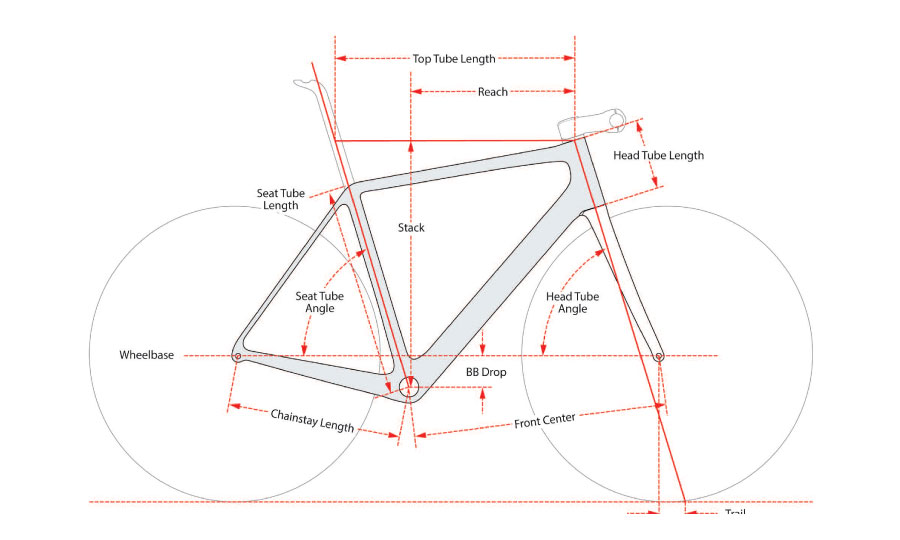 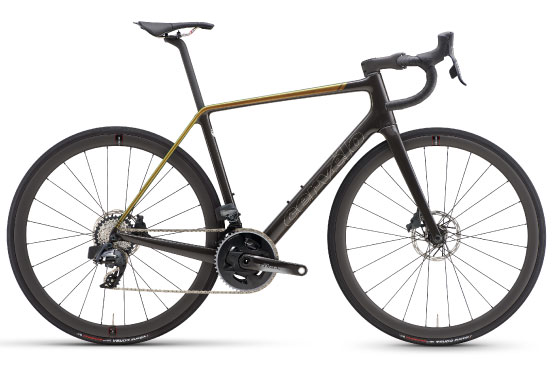 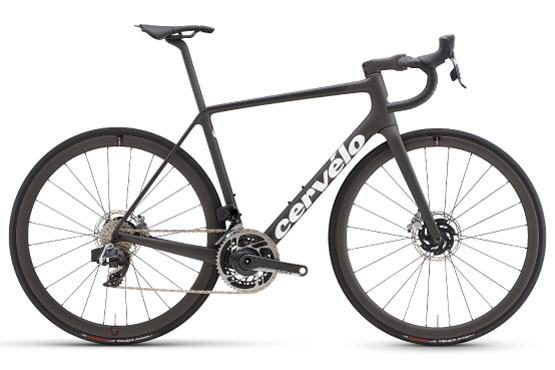 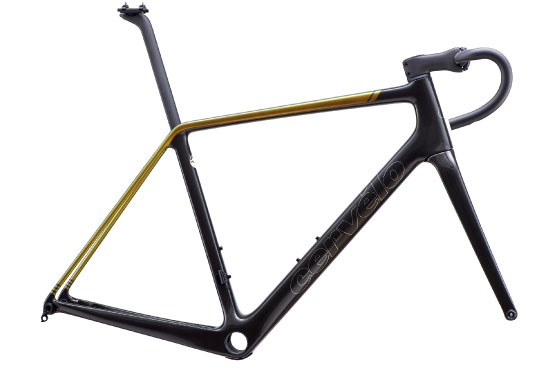 Ian 0:00: Hey everyone Ian and Pancho here with some of bicycles covering the news Cervélo R5 How you doing Pancho?

Ian 0:20: So this is a big deal this we've been waiting quite a while for this bike it's been pushed back a number of times

Pancho 0:26: super excited man This thing's it's beautiful to read like all this wait and now it's here and it's the one of the best looking road bikes I think I've ever seen. Yes, for sure. Yeah.

Ian 0:35: A great bike to look at. So let's dive straight in. So Cervélo approaches their new new designs in a really kind of deep, theoretical way. What were the three big targets for this module, this frame, this bike,

Pancho 0:51: Right, so they went their pro tour team team Jumbo, Visma. And their requests for ride quality was the most important right, you couldn't lose the legendary ride quality of the previous R5 they wanted the handling and then the weight. So it's got to be stiff enough for pro two riders. And then it's got to be comfortable enough for grand tour riders as well.

Ian 1:08: That's right because they use both right? Yeah, absolutely. Cool. So Pancho, what did the frame weight come in at?

Pancho 1:26: It's a lot of weight for sure. Yeah. All while improving the stiffness and comfort right overall.

And then most of the weight came out of the mainframe and less out of the fork to maintain that legendary ride quality that the R5 was so famous for.

Yeah, 30 grams out of the fork where the rest 130 came out of the frame. Right so the other big thing that they worked on for this frame was the aerodynamics R5 typically is kind of their climbing bike and weights, the emphasis and you know, getting uphill the fastest. But they had a classic line it was what goes up must come down. Kind of alluding to the fact that it needs to be Aero as well. So you want to talk about that.

Yeah, they made a modification to that down tube, head tube area with a fork that the fork can they call it and they are able to improve it in annex, while not sacrificing any way or decrease in stiffness.

Yeah, if you look at it, if there wasn't a seam there, it would look like it was one complete mold, right? It looks super smooth in terms of how pairs better did they address the aerodynamics than any other parts of the bike?

Got it. Okay, cool. So let's get into some of the other details of the frame itself. So like tire clearance is a big issue now disc brakes compatibility, let's we'll start with tire clearance.

Sure, so tire clearance is 34 mil. So that's you know, you can run four mil on either side of that 34/35 mil tire, but that also depends on this route of size. So that 34 mil measurement is the actual width the tire. So if you're, you know, stay the width of your brand tire that you run is 32 or 35. Right? The true width has to be 34 regardless of the stated width.

Got it. Got it, this important point, right. The other interesting aspects, so it's this is a wireless group only, right?

Yeah, so the way they redesigned the stem and the bar and the bar is designed so that you really can't run mechanical shifting, there's only room for a wireless setup. So you know,Dura Ace, previous Dura Ace, mechanical or standard mechanical doesn't really fit. If you look very close to the seams and the divots for the on the bar are only for wireless.

Pancho 3:44: Yeah, you have to get the group that you need to have with this bike right? Don't try to put an old mechanical group set on the new R5 Yeah, it's not what is for.

Yeah, I think we know a shop or two (or five <- added by yours truly the humble transcriber!) where you can get a wireless group set.

Talk about this stem, steerer tube, and kind of other features of the bar.

Yeah, so the stem and steerer tube, one. Now they have a compression plug, which, if you're not a home mechanic, we love it because our mechanics at the shop hated the previous glue in the plug. Not that we hated it, but it wasn't the most ideal thing to work with. Now that's got its own compression plug for the steer tube. Um, it's D shaped like Caledonia five, Sparrow five. So it's a lot easier to work with in that respect.

Yeah. Which makes if you ever need to cut your steer tube, having a glued start plug before made it much more difficult to adjust. Yeah, it wasn't common. But yeah, that the compression startup is a lot better.

Oh, it's much easier to work with now. Yeah, for sure.

Ian 4:45: And then talking about the shape of this steerer tube. It's not completely new for Cervélo on this model. We've seen it before, but it is somewhat unique.

Pancho 4:53: Yeah, so it's not round like a typical steer to D shape rather so the flat part is facing the rider and the round curvy part is pointed forward.

Well they did it for alignment and then security of the stem to the bar so it's gonna be easier to get the bar straight front back without having to fidget with you know the millimeters left to right when you're just in the bike and then for security so it's not going to slip left and right also if the bolts aren't dead tight,

Pancho 5:20: yeah, good to know. And then what about the stem the stem in terms of fitting and all that is new

What did what about Yeah, absolutely. So what they did which was great was you can get for the pro tour guys, you can get the stem and bar and stack as low as you need to as the previous R5, but the new one will go more than 20 mil higher. Oh wow. So you can get more stack on this new bike for the riders that aren't necessarily a poacher rider and don't need that super low clampstands awesome. Yeah, it's way more comfortable for humans.

Yeah, and the range that the bike cover in terms of fit is much more expansive

right? Yeah, so that gives you a wider range of fit that's good.

Another couple of features I noticed right off the bat is the integration with the faceplate in terms of mounting computers and lights and all that other stuff is way cleaner Yeah, so

they came up with a new system to mount your computer and it just looked like you said it's just cleaner it looks better. If you look very closely there's a notch you can slip into or slip the computer mount or light mount to the front of the stem and give you a much more integrated look.

Ian 6:24: Yeah, that's just a nice cleaner your bars have all these little doodads over it and iPhones and whatnot Yeah,

Pancho 6:30: I mean cleaning up the cockpit is always a goal for the engineering team.

Yeah, that's awesome. What are their features on the five should be touched on?

I really liked the fact that Cervélo claims the structural integrity of the bike can be had without seatstays so Oh yeah, you

Pancho 6:49: well you all remember at the beginning of the tour this year there was a lady holding a sign that caused a big pileup long story short there was a lot of us relative writers part of that pile up one of them lost one side of their seats day and were able to finish the stage of the tour the civility just to run it it's fine which just goes to prove that you can ride that bike at the pro tour level without seatstays

So we've I've heard that before right? Where they're merely just aesthetic aesthetic and to me it was the UCI.

So the UCI requires the bike to have some say so cevelo has them for to tune the ride quality and then for compliance, but on this bike they are not structural the bike can be ridden you know without them.

Ian 7:34: I sense some YouTube videos with cut off seatstays in the future

Pancho 7:37: yeah I mean someone's gonna do it and you know hopefully that'll be fun yeah

Pancho 7:51: There's photos out there too. If you imagine you can see the the punched outs you say there Yeah, I mean it's it's a solid bike

it says a lot so so touching on that this this bike has already won quite a few races.

Is that right? Yeah. So on top of winning, you know, I think four stages on tour won the Vuelta a Espana most recently so it's not that it's no slouch. Yeah, it's totally capable of you know, winning a race given the rider is up for the task.

Yeah. So this is actually my personal R5 and I have not ridden it yet. If you've noticed it's fresh off the bike rack. yesterday.

Yeah. This morning. Yeah. So yeah, it's probably probably could use a shakedown ride. But yeah, we use it the first few miles.

Yeah. So I'm excited to get it out. It looks awesome.

I'm jealous. This thing is beautiful.

Pancho 8:41: No, but the bike is good enough for me to be jealous of And so yeah, it's, I'm super stoked for you to ride that thing.

Ian 8:51: Stop by the shop, five stores, summitbicycles.com and we'll get you set up on an awesome new Cervélo R5.