04/25/22 Current turnaround times for shipping: Bikes 3-5 days, Accessories 1-4 days Free shipping for parts and accessories on orders over $99 within the contiguous USA

Free Shipping on Orders Over $99 Within contiguous USA

What type of mountain bike is the Santa Cruz Hightower?

Versatility reigns supreme with the all-new Santa Cruz Hightower full suspension mountain bike. This pure-bred trail machine is ideal for riders who traverse a variety of terrain, equipped with enough travel for the gnarliest routes while staying nimble and efficient for everywhere else.

Forget about the three bears, Goldilocks is busy hitting the trails with the Santa Cruz Hightower that surely hits the sweet spot. 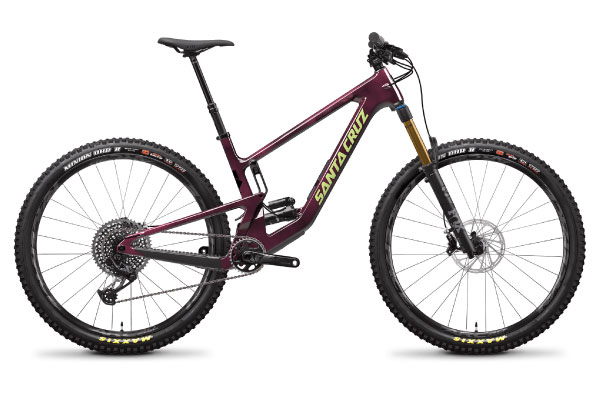 Want to get the scoop on inventory?

Chat with us about availability

Or keep scrolling to compare and contrast each model. 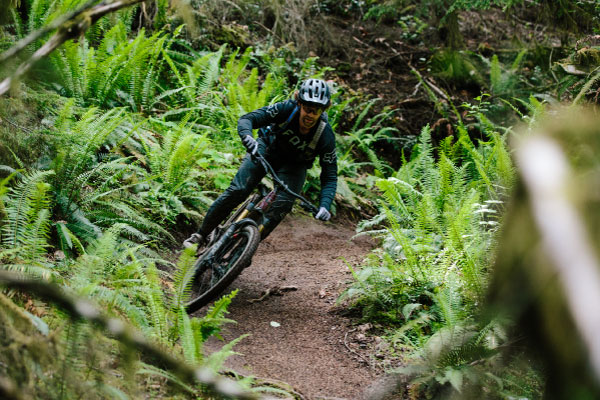 The Santa Cruz Hightower 3 is built for the renaissance rider who doesn't limit themselves when it comes to where to ride.

This 29er mountain bike thrives on local loops and hard-hitting descents with its mid-length travel and tuned geometry.

Ride outside of the box with this perfectly balanced trail machine. 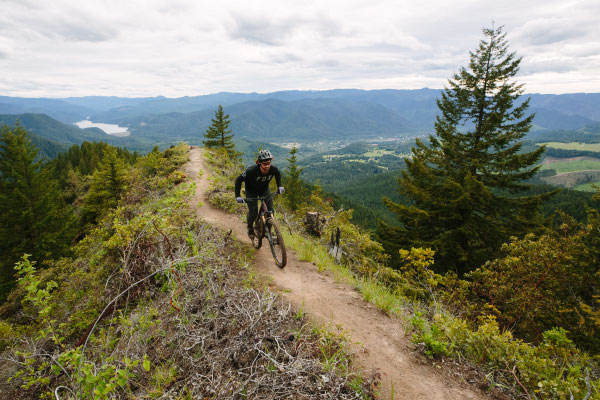 Why you'll love this mountain bike

Now in its third iteration, the Santa Cruz Hightower has proved its trail capabilities and all-mountain superpowers.

It’s the ideal choice that splits the difference between the long-travel Megatower and short-travel Tallboy models.

This year, take advantage of improved VPP rear suspension settings and a redesigned frame that gives you the confidence to push the limits.

Here's what makes the Hightower a such a bad ass bike 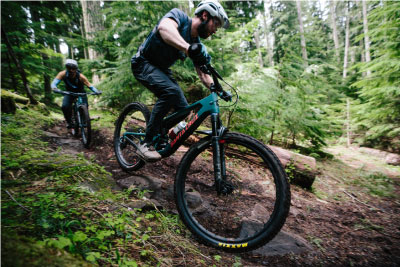 Conquer the hardest-hitting trails with the Hightower’s 29” hoops for maximum rollover and speed. There’s clearance for knobby tires up to 2.5” wide. 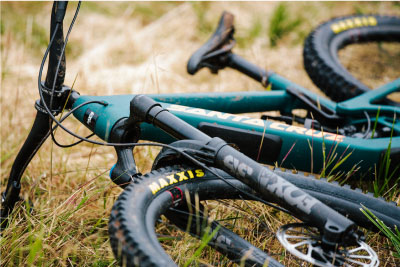 Travel For Any Trail

The 150mm front fork and 145mm rear shock is deemed the full suspension sweet spot to tackle a variety of terrains. No matter the ride, the Hightower comes prepared. 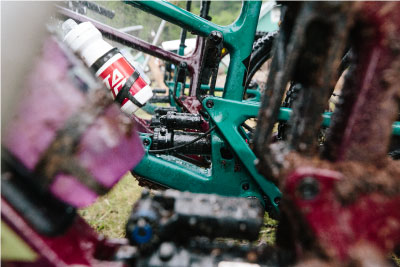 Each frame size comes with its own custom specs to ensure the best possible ride feel and provide balanced geometry.

The Hightower got some sweet upgrades for the new model release.

Take a look at what's new below. 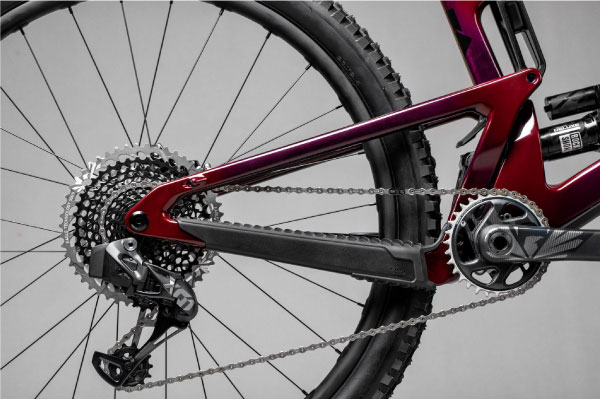 The Hightower 3 has a slacker head tube angle and lower bottom bracket to enhance the suspension updates. Increased reach and stack modernizes the fit to work with contemporary MTB handlebar designs. 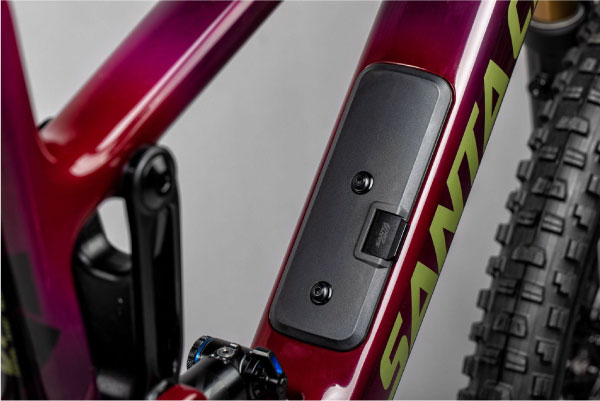 The all-new Glovebox neatly stows ride essentials like tools or nutrition inside the downtube. This sleek storage solution comes with a compatible Tool Wallet and Tube Purse for staying organized. Move aside fanny packs and saddle bags— the Glovebox has arrived. 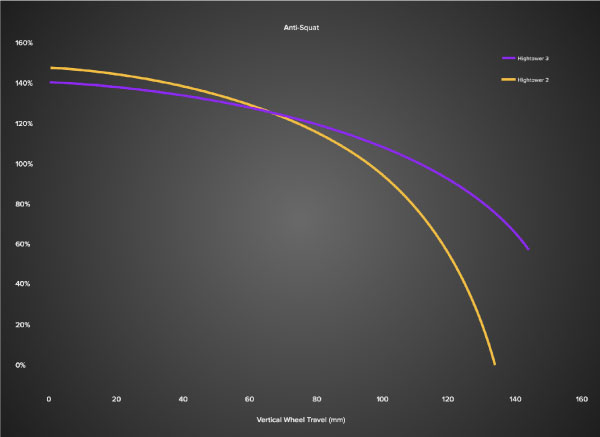 Compared to the previous model, there’s reduced anti-squat in the first 40% of rear travel, boosting suspension sensitivity and keeping pedaling efficient. This minimizes chain influence while climbing the slopes and smashing descents.

The Santa Cruz Hightower 3 is more progressive towards the end of its travel and has upgraded bottom-out resistance and predictable damping. Check out the frame's new sag setup window where riders can easily peek at rear shock settings.

Here are some other key specs on the Santa Cruz Hightower 3:

Find out which frame size is right for you with the chart below. Santa Cruz customizes geometry specs for each frame size so every rider, no matter their height, receives an optimized ride feel.

Here is the Santa Cruz Hightower size chart. Keep in mind that these are approximations. In order to get the best fit possible, you should consider the geometry chart above, your preferred riding style, and if possible, test ride the bike.

Want to get the scoop on inventory?

Chat with us about availability 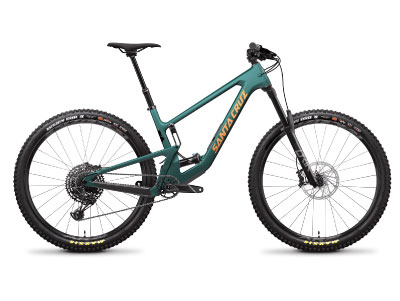 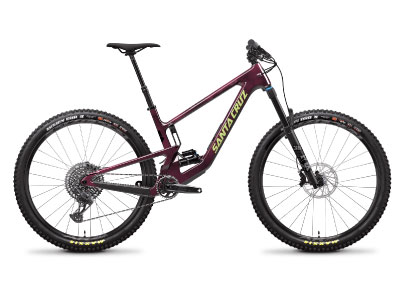 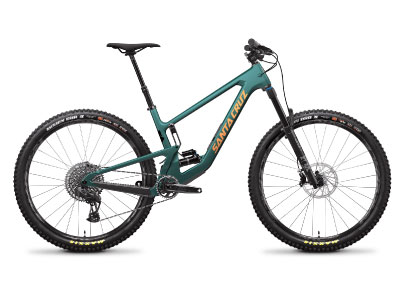 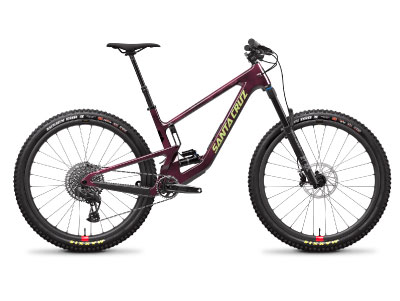 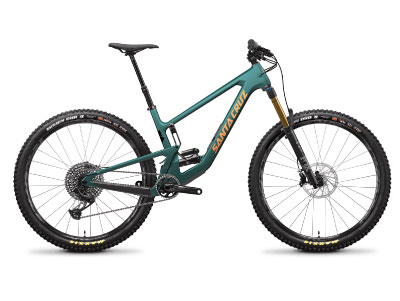 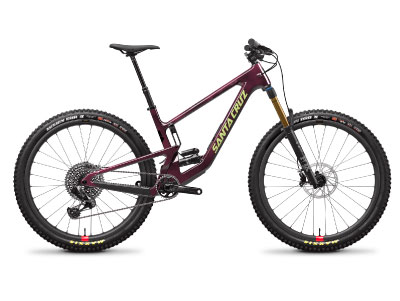 What is the Santa Cruz Hightower good for?

The Hightower is a do-it-all trail bike that excels on the rough stuff. The mid-length suspension and Goldilocks-zone geometry give riders the confidence to conquer the gnarliest parts of the mountain.

Is the Santa Cruz Hightower an Enduro bike?

No, the Hightower is classified as a trail bike due to having slightly less suspension and steeper geometry than an enduro bike.

Yes, the Hightower is a pure-bred trail bike because of its mid-length travel designed to perform well all over the mountain. The wide tire clearance eats up the rough stuff while the moderate suspension won’t overdo it.

Which is better, Tallboy or Hightower?

The Hightower has longer travel and is best suited to harder-hitting climbs and rough descents. The Tallboy is an XC-inspired setup for more snappy riding that doesn't overcook the suspension specs.

No, the Hightower runs exclusively 29” wheels, ideal for maximum rollover and ultimate traction.

What does Hightower mean?

The bike's name refers to the amount of travel, with Hightower’s suspension falling in between two other popular Santa Cruz models: the shorter-travel Tallboy and the bigger sibling Megatower.

What year did Santa Cruz Hightower come out?

The Hightower originally launched in 2016 and is now in its third generation, complete with significant improvements to the suspension and geometry.

Can you run a coil on a Hightower?

No, there isn’t a coil spring option available for any of the Hightower models.

How much travel does a Santa Cruz Hightower have?

The Hightower has 150mm of travel up front and 145mm of rear travel.

As the name suggests, the Santa Cruz Megatower is the big sibling of the Hightower. The Hightower comes equipped with a slightly smaller full-suspension package with 150mm fork and 140mm of rear suspension. The frame comes in C or CC carbon like the Megatower, but riders can also choose an aluminum version which is not available on the Megatower.

Both models have flip chips to change between High and Low geometry settings. The Megatower is more robust, and excels in its natural environment of downhill parks and enduro races. The beefier suspension of the Megatower is for riders expecting the hardest-hitting trails.

The Santa Cruz Tallboy is a XC-inspired trail bike with shorter travel than the Hightower— this versatile 29er is built around 130mm of travel up front and 120mm of rear travel. The Tallboy shares similar geometry to its longer-travel cousin and offers a more nimble and snappy ride. The Tallboy is a winner for all-mountain riders to dominate the trails and take advantage of the reined-in suspension specs.